In Defense of Those Naughty Words. 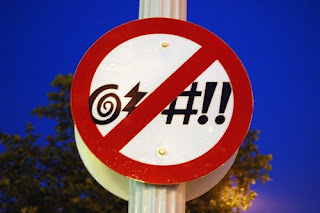 For the rest of this post. I will substitute a letter and @ for the swear word. Just to be nice.

That is another oft repeated suggestion. But just that, nothing to back it up. Again, if I was given a good reason why, I would reconsider.

Lets explore why I don't mind having them. First draft did not. But the first time you met Vincent, after Beka stumbled in on his feeding. His line was "That was unforeseen."

Which says more about his character. He's blue-collar, he grew up working in the rougher part of town, and he owns a bar. Which one makes more sense to hear? The second one.

Using swears should be a reflection on the character, not the writer. With one exception, as an example.

There are long discussions with Christian writers about whether to use swears or not, even if the character would in real life. That is a harder call, because if they are writing in a Christian genre, there is a big chance they will turn off many potential readers.

So if you are writing in a genre which swearing would be allowed. How much is too much? I try not to have my characters swear too much, depends who they are talking to, and where they are talking. The same things you consider when you are talking in public.

But what if swearing could be used to show how uncouth a character is? Great example is a character of mine, waiting in the wings, in the rough drafts. Perun. Like Vincent his first line has the f-bomb. He likes that word. But he is a wild man (really a wild man, look up Wikipedia). By his very nature, he is just outside of society. Social rules do not apply to him. So I let him swear worse than a sailor.

Then I read the rough draft.

Too much. I cut back on the swearing, but he still has the most colorful language of all my characters.

How much is too much? This is a real life example, heard many years ago at a main bus stop.

Yes, I wrote it down after I heard it. It was the first time I had heard f@ used as punctuation. But as you read that, didn't you get sick of reading the word? And there is your clue. If you are reading the rough draft and say to yourself, wow that is a lot. Cut them back.

And the type of swearing says a lot as well. Steopa only swears in Russian, or Lithuanian. Ogden will let some old time ones fly, ie. "Jumping Jehoshaphat!"

Those of you that read Misery, or seen the movie. Stephan King did a wonderful characterization with Anne, most of her swears were the substitutes, golly, darn, etc. But then when she does get very angry, the real ones start to fly, and they become frightening.

If you can defend and define a character, by letting them swear, do it. But like in the real world example above, too much swearing can turn off a reader. Use it as a powerful spice, only enough to flavor the scene, not take it over. 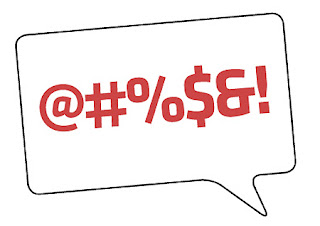