These Creatures are up for Adoption: Part 3

I am surprised we have not seen these in more Urban Fantasy fiction. One of the first Sci-fi novel had I read had a love interest with a man that had been genetically engineered to be a selkie. It really keep me wondering about him. 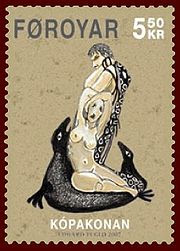 
Selkies are able to become human by taking off their seal skins, and can return to seal form by putting it back on. Stories concerning selkies are generally romantic tragedies. Sometimes the human will not know that their lover is a selkie, and wakes to find them gone. Other times the human will hide the selkie's skin, thus preventing them from returning to seal form. A selkie can only make contact with one particular human for a short amount of time before they must return to the sea.

So you have a shape changer with a long history romantic stories.  We really should see more of them, don't you think?

If you have played Dungeons and Dragons you have run into these little creatures. But the orginal folklore is much more interesting. 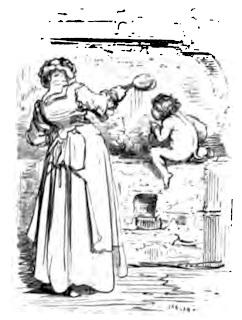 
The kobold (or kobolt) is a sprite stemming from Germanic mythology and surviving into modern times in German folklore. Although usually invisible, a kobold can materialise in the form of an animal, fire, a human being, and a mundane object. The most common depictions of kobolds show them as humanlike figures the size of small children. Kobolds who live in human homes wear the clothing of peasants; those who live in mines are hunched and ugly; and kobolds who live on ships smoke pipes and wear sailor clothing.

I know they sound like the cobbler elves. But they adjust well to the urban setting. And because some of them look like children, it could cause some interesting plots. I wonder what the kobold that lives in the bank would wear?

Domovoi
And now from Russia... 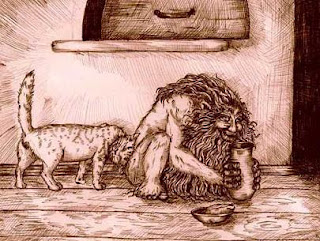 A domovoi is a house spirit in Slavic folklore. Domovois (the Russian plural form is domoviye) are masculine, typically small, and sometimes covered in hair all over. According to some traditions, the domovoi take on the appearance of current or former owners of the house and have a grey beard, sometimes with tails or little horns. There are tales of neighbours seeing the master of the house out in the yard while in fact the real master is asleep in bed. It has also been said that domovoi can take on the appearance of cats or dogs, but reports of this are fewer than of that mentioned before.

Similar to Kobolds, the Domovoi would be another one that could easily make the adjustment into the urban lifestyle. Just think if you got one of these in your home. It would be like having a doppelganger that would help you out with your work. Check out this post on English Russia to see how different these creatures could be.

I hope you have found these little tidbits enjoyable. I have a couple more posts planned.