Prediction for the Next Big Monster: TROLL!

Some people think the vampire is on the way out. Zombies are popular, but how many stories are there about relentless hordes of the dead. Werewolves popularity comes and goes. So if you write a genre that relies on monsters, how do you find the next "big" monster.

I think it will be trolls. 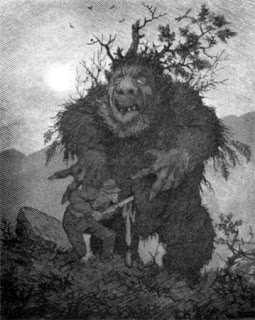 One of the biggest reasons; they never have really left us as a monster. Except now you are going to find more of them on the Internet, flaming discussions, then under bridges.
And a new horror film, might make people think about them again. Troll Hunter, looks like a cross between Cloverfiled and Blair Witch. But far more fun.

In Scandinavia, where trolls were born, you have a plethora of metal bands. A few even emulate trolls. Most notably 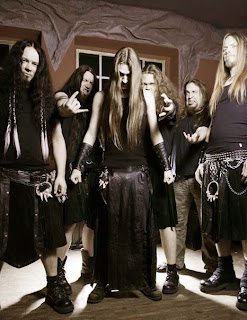 So trolls are still out there.
But why would they make such interesting creatures to write about? Because there are so many different variations. You have the giant, dumb, brutal beasts that turn to stone when the sun hits them. And then you have the ones that are almost human. The ones that liked to steal babies and kidnap young men or women. 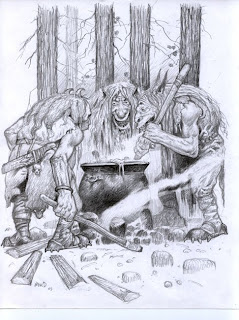 more of the brutish type above
But how would they fit in, to lets say Urban Fantasy? Remember Hellboy 2; the Troll Market? Great example there. Although most of the troll folklore puts them in the wild. There is nothing stopping them from moving into the cities. Just like some animals that have developed a way to live in the urban centers, trolls could do the same.

In the country, as land is ripped up for strip malls, what if some developer cut down a family of trolls while clearing the land. The revenge story alone would be interesting.

I don't think we have begun to really explore trolls. And I can't wait to see if other writers agree.