What is Folk Horror

One of my favorite documentary, or in this case a series, about horror movies is A History of Horror. It was written and presented by Mark Gatiss. He presents the history of horror cinema from a fan's perspective. But he really loves what he is talking about. His awe in seeing Lon Chaney's make up case in not the only time you can see the love of the genre. 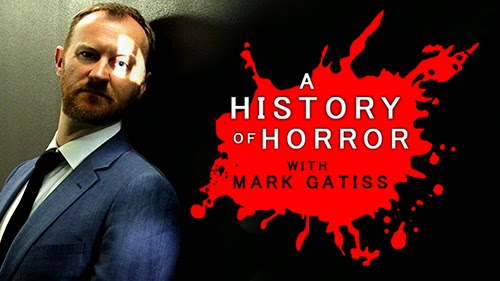 One sub-genre of horror he touches upon is folk horror. His examples are very British, of course. Wicker Man (you know, the good one with Christopher Lee) is the shining example of what he means by folk horror. It draws upon folklore and paganism to fill the story. In the British examples; someone comes to a rural area. The locals are weird, maybe a little sinister. The outsider experiences the horror. Not because of the strange locals, but because the outsider is not in the norm of the locals.

In America we also have our version of this type of horror. But the main difference is the horror happens to the outsider because the locals are crazy. Texas Chainsaw Massacre is a great example of the American twist on the folk horror. There is barely any folklore, paganism might not even play a part of it. Basically it is the "locals are psychopaths"

Not that there hasn't been attempts to set folk horror in America. And some have been very good.
Two recent movies; Jug Face and We Are What We Are*, are great examples of folk horror done right. 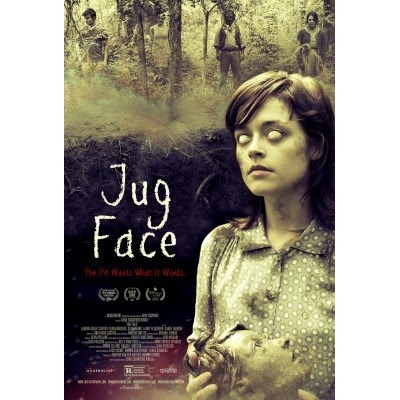 In Jug Face; you meet a small group of people that follow some odd traditions with supernatural origins. In this case, there is no outsider. There is a young woman that tries to change her fate and in the process  causes the horror to touch everyone around her. In We Are What We Are; one family has a horrifying tradition that is force upon the eldest when their mother dies suddenly.

Supernatural may not be the motivation (in Jug Face, it is an influence), but each of the movies present a strong folklore tie. The people involved are influence by the folklore, even if they are not familiar with the folklore.

For me, that is what folk horror is about. It is easy to make up a person or family that is "crazy" and have them be agents of the horror. But it is far more interesting to me to make the people that normally would be cast as the "backwood nut jobs" with more depth. You have no outsiders in Jug Face. The family in We Are What We Are could be considered the outsiders, but they are part of the community. The odd part. Yet, until the events of the movie, no one thinks they are frightening.

Part of me has always been offended a bit by the horror that shows the rural people as crazy with no motivation except they are crazy. The backwards hill billy type with a chainsaw. The civilized person (usually a college student... Why? That could be a whole other blog post) ends up in the rural horror. The fear of the chaos taking over order. That can be terrifying. But it is not folk horror.

Unless there is a supernatural, folk lore, or pre-Christian tie in to the story, you cannot call it folk horror.  Those influences, if used correctly, can change the whole feel of a story. I like the slower reveal of folk horror. When the country side is not used to hide the strangeness, but is part of it, the atmosphere is far more terrifying than the isolated house full of crazies.


*We Are What We Are is a remake of a Mexican horror film; Somos lo que hay, which I have not seen. So I cannot compare the two.